Your website may need a makeover, better functionality, stronger branding or improved technology to deliver the experience your users expect. With CNP Integrations as your partner you can have the confidence to do more while maximizing your time and minimizing your costs. Our roadmap to success will ensure you have the security and competence to move forward with your priorities and objectives while respecting your budget and timeline.

Community ISPs just got a huge gift from the FCC

...The rebels were hard-pressed—just a rag-tag handful. Their list of allies was thin and resistance was all but futile. Would-be reinforcements hem and haw as their final doom draws near.

Then their adversary makes his fatal misstep... overreaching... underestimating. In hubris, he acts as though he's already won. He monologues while toying with the doomed heroes. The injustice reaches it's pinical—unbearable for the onlookers. Suddenly swept up in something larger than their own troubles, grim determination replaces the allies' indecision. It's not a matter of success anymore, so don't tell them the odds! Now, it's a matter of right and wrong. Evil must not prevail. "Damn the torpedoes, full speed ahead!"

When the bad guy loses to an underdog—when long-in-coming allies finally join the fight and the unified forces save the day—it seems familiar. Why does this frequently used plot formula still speak to us? When the situation is hopeless, and here comes the mustache-twirling monologue, we know it can't end this way.

It works because it speaks truth to our apathy about everything we know is wrong in the world that we can't (or won't) fix. We choose carefully the hills we're willing to die on. But every once in a while, your opponent starts monologuing and gloating while drinking from a giant Reese's coffee cup.

I'm sure this blatant trolling by former Verizon lawyer, Ajit Pai, is part of a larger political strategy to antagonize us into over-reacting and looking foolish. But the American public has finally arrived at "righteous indignation" stage of the story because you've just messed with the two things consumers love best: buying things and feeling ripped off.

Community networks on the rise

From neglected urban centers like Detroit to rural Ohio, residents are making their own solutions wherever need propelled innovation. This year, community network advocates received gift, after gift, after gift from the FCC. Municipal and non-profit ISP solutions had already found a certain amount of local success, but the level of national distaste is now so widespread that net neutrality is getting passed into law state-by-state. Regardless of whether it ultimately withstands this temporary federal insanity, the seismic shift in public awareness and opinion cannot now be undone.

Americans have labored under overpriced internet and endured bald-faced market manipulation through exclusivity contracts and state lobbyists. But now we are watching very carefully to see if our free and neutral internet is being messed with. And whoa be unto the first ISP that shows us they are. If we're angry enough to make politicians work together, anything could happen! And if people get turned onto the idea that this home-grown internet is cool, ISPs are going to have the same problem on their hands as the music industry did 10-15 years ago. People didn't just pirate music to save money, or Napster's biggest demographic would have been coupon-clipping moms. Nope, people did it because at least a small part of them wanted to screw over the music companies who made it difficult to download the music they enjoyed. The music companies said "Let's fight." and Americans replied, "Bring it."

And so now the ISP's are in a very precarious position; people already hate them and feel over-charged. If they come to see Comcast as actively blocking them from what they believe they have a right to, they will fight back. If it saves them money, so much the better, but that won't be the primary motivation anymore. Most people don't see themselves as activists, but direct action is going mainstream. Slacktivism and consumer-driven choice may not be the heroes we want, but they're the heroes we need. 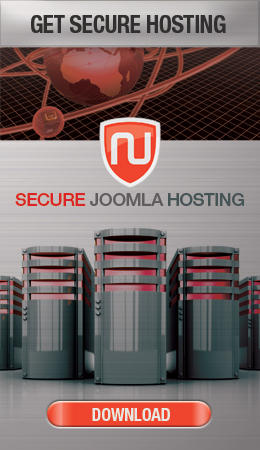